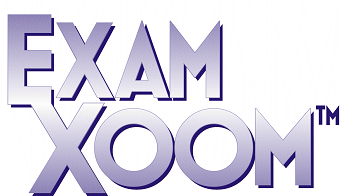 Lower the room lights. Remove your and the patient's eyeglasses, but not contact lenses. Have the patient hold her glasses or put them someplace safe. Give the patient a tissue in case of tearing. Show the patient a spot directly ahead of her, on which to fix her gaze. An object or picture 1 m ahead is perfect. She will be able to fixate only with the eye that is not being examined (i.e., that is not being blocked and spotlighted by the examiner). Do not interview during ophthalmoscopy; people involuntarily turn their eyes toward a speaker, and that is the end of visualization. Hold the ophthalmoscope to your eye so that you can see well through it. Keep your other eye open, but ignore its input for now.

Begin with your light at two-thirds strength. Stand 15 degrees temporal to the patient's optical axis, your eye 30 cm from hers. Set your lens wheel at + 10 diopters. Trans-illuminate the pupil and observe reflected red light, the red reflex. Place your contralateral palm on her forehead, with your abducted thumb on her supraorbital ridge, to prevent accidentally bumping brow or eye with the instrument. (Some doctors advocate using this thumb to help hold the eye open, but patients hate and resist it. Have a colleague try it on you if you need convincing.) Slowly move toward the patient, slowly decreasing your diopters toward zero (increasing your focal length). In this way you focus successively on cornea, lens, vitreous, and finally retina. The appearance of black spots at any point tells you that opacities are in the path of the light and will have to be accounted for or circumvented in inspecting the retina. You should wind up with the instrument only 3 to 5 cm from the patient's eye. When you see the retina, look for the first distinct structure in the area. Sometimes this will be the optic disk, more often a vessel. Bring the structure into sharp focus by rotating (changing) your lens wheel as needed. A zero reading often works well. Myopic examiners need a negative or red number (unless the patient's refractive error balances the examiner's). Aphakic patients require a high positive, often + 10; by contrast, the patient who has an intraocular lens implant after cataract surgery has no such special need.

Now move along the vessel in the direction leading to larger caliber (i.e., toward "junctures" of vessels). Soon you will reach the optic disk. Study its color, its lateral margins, the size of the optic cup, the disk's elevation if any, and the pattern of vessels emerging from it. Record the details in a drawing if you wish to discuss abnormalities, to follow them over time, or to enhance your funduscopic technique. Try to appreciate pulsations of the retinal veins overlying the disk. This is easiest to see where an artery, or a bend in the vein, causes apparent diagonal interruption of one edge of the contained venous blood column.

Next, move out along the superior temporal artery, observing its normally slowly diminishing caliber, its crossovers of veins, any focal change in color, caliber, or content, and any abnormalities of background retina that come into view in the same fields. Move as far peripherally as possible, by directing the light in that direction. You will have to crane your own head and neck in an opposite direction, and sometimes it will feel as though you are about to twist yourself right under the table, not just 2 cm down and in! If the patient can slowly and steadily move her fixation point in the same direction that you want to go, that will bring more peripheral retina into view; a rapid or jerky movement by either patient or examiner will take the pupil out of the light path of your instrument. Recall, in asking the patient's assistance, that the patient's left and right are the opposite of your own! Now return to the disk by way of the vein, making parallel observations until the disk is reached. This procedure is repeated in the three other quadrants, and at the end one studies any areas of background retina that were not visualized earlier.

Finally, the beam is directed temporally, or the patient is asked to look at the light. Unless the pupil is pharmacologically dilated, at best a fleeting glimpse of the macula may be obtained before pupilloconstriction or involuntary movement takes it out of view.

Do not let an interesting finding distract you from a fixed routine. Study the entity, then proceed. If you spot it out of sequence, such as with the first focus on the retina, leave it alone until its proper time. Examiners sometimes fear that they will lose the lesion and never find it again, but this never happens if one is relaxed, systematic, and dogged. Use of an inconsistent method risks lost information.

The ophthalmoscope is switched to the other hand and the other eye, and you move to a symmetric point temporal to the patient's other eye and repeat the procedure.

Put the lights back on the moment you are done. Open the shades and curtains, both for light and for morale. All other parts of history-taking and physical examination proceed better with plentiful ambient light.

Many doctors consider fundoscopy the most difficult procedure in routine examination. It requires practice and persistence, but need not be an ordeal. The best results are achieved if you regularly "stack the deck" in your favor, that is, avoid the great hindrances: patient discomfort, whether physical or psychic; an uncomfortable examiner; and a struggle against physiology. Performed: Bilaterally

Visual inspection of the retina and other internal eye structures.

There were no References/Citations found for this test.

Add a new Q Value for:

Please select the regions that are associated with this test.